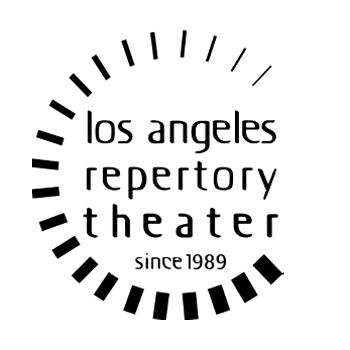 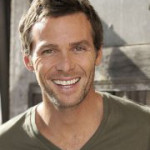 Brian has been the executive director of the Los Angeles Repertory Theatre since 1994, producing and directing more than 50 inner-city high school workshops and live shows. He is also the creator of the Mighty Me Training Camp, a top ranking children’s program streamed by Discovery Education. Brian has been a professional actor for more than 25 years in film, television and radio. He is currently the voice of Rock Lee in the juggernaut anime hit, Naruto. Brian is very excited about the distribution of his feature documentary chronicling the profound relationship he had with his beautiful Down syndrome sister, Kelly in Kelly’s Hollywood.
www.briandonovan.org 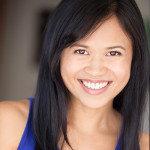 Luisa Vitor-Fraser joined LART in the fall of 2002 after Brian’s announcement about the company in their acting class and has been committed to the Original Works Project since. When she’s not molding the minds of our youth to see beyond what they grew up believing about themselves and the world around them as LART’s point person/boss lady, Luisa is an actress, writer and lover of life, love, laughter and people. Born in Paete, Laguna, Philippines, she grew up in Ripon, WI, graduated from Beloit College and owns a share of the Green Bay Packers franchise.
Luisa’s blog
www.luisavitor.com 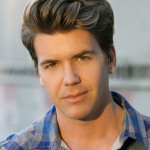 Justin is a Midwest transplant who has been working in the entertainment business since 1995. He joined LART in 2012 and continues to be inspired by the minds of young people. His latest venture has been launching of his very own show on YouTube, where you can find him chatting with various celebrities and interesting people. Justin’s hair, humor and knowledge of pop culture make him an instant favorite among students and company members alike. He loves social media, where you can follow him on Facebook, Instagram and Twitter.
www.youtube.com/user/TheJustinRootShow 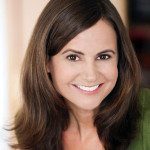 Blythe has worked professionally as an actress since 1994. She worked predominantly in professional theatre in NYC Off-Broadway and regionally before moving to Los Angeles in 2001. Since then she has worked in commercials, film and television. She joined LART in 2004 and is so grateful to have stumbled upon the indefatigable Brian Donovan and introduced to LART. She is also a fashion stylist.
www.blythebaten.cabionline.com 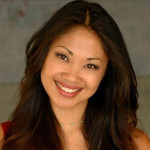 Louella Allen (nee Boquiren) brings to LART her passion for photography combined with her experiences as a seasoned actress. Her combined careers have given her an angle that is drawn from her training in group dynamics and theatrical moments. Louella has been in major TV productions such as ABC’s General Hospital and FX’s The Shield, and has a long list of commercial credits that have left her face familiar in many regional household. She currently keeps busy by running her decade old photography business, pushing forward her passion for acting through her work with LART and playing her favorite role as a mother to her young daughter.
www.louellaallen.com 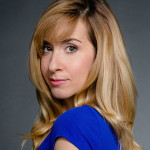 Nicole is originally from Massachusetts but now considers herself an LA resident. Her path to acting developed out of her love for dance, which she found at a very early age. She attended Dean College to pursue her dance degree. There she met Professor Jim Beauregard, who urged her to try acting. Nicole has been hooked ever since. She has been fortunate to team up with many other indie folks, creating new and innovative avenues in their Creativity & Expression. Nicole has had numerous credits as Lead and Supporting roles in numberous Feature Films, Pilots, Shorts and dream Theater Roles.
www.nicoledionneacting.com 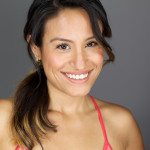 Alex is an actress born and raised in Los Angeles to immigrant parents from El Salvador. Her dream was always to act. She made her feature film debut at LALIFF, in Josefina Lopez’s Detained in the Desert, and recently wrapped the feature film, Killing Joan. Alex has a degree from Cal State University, Northridge and is currently a student at The Stella Adler Academy of Acting and Theatre. Recent credits include the Latina-driven stage production, Chicanas, Cholas y Chisme (CASA 0101), and Stella Adler productions of Den of Thieves, Top Girls and 45 Seconds from Broadway. Alex has always believed that she can make her dreams a reality and making her mark on the world.
www.alexandralemus.com 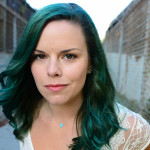 Jo Ann is a SAG/AFTRA performer who has been working as a professional actor and theatre instructor since her undergraduate commencement in 2008 from Loyola Marymount University, where she earned a Bachelors of Fine Art in the Theatre Arts. She was introduced to LART by Luisa in 2012 and has since enjoyed helping teenagers across Los Angeles discover their artistic potential, one sarcastic eye roll at a time. Jo Ann has a specialty in stage combat design & technique and is currently pursuing her Masters in Fine Arts in Acting at California State University Los Angeles.
joannmendelson.com